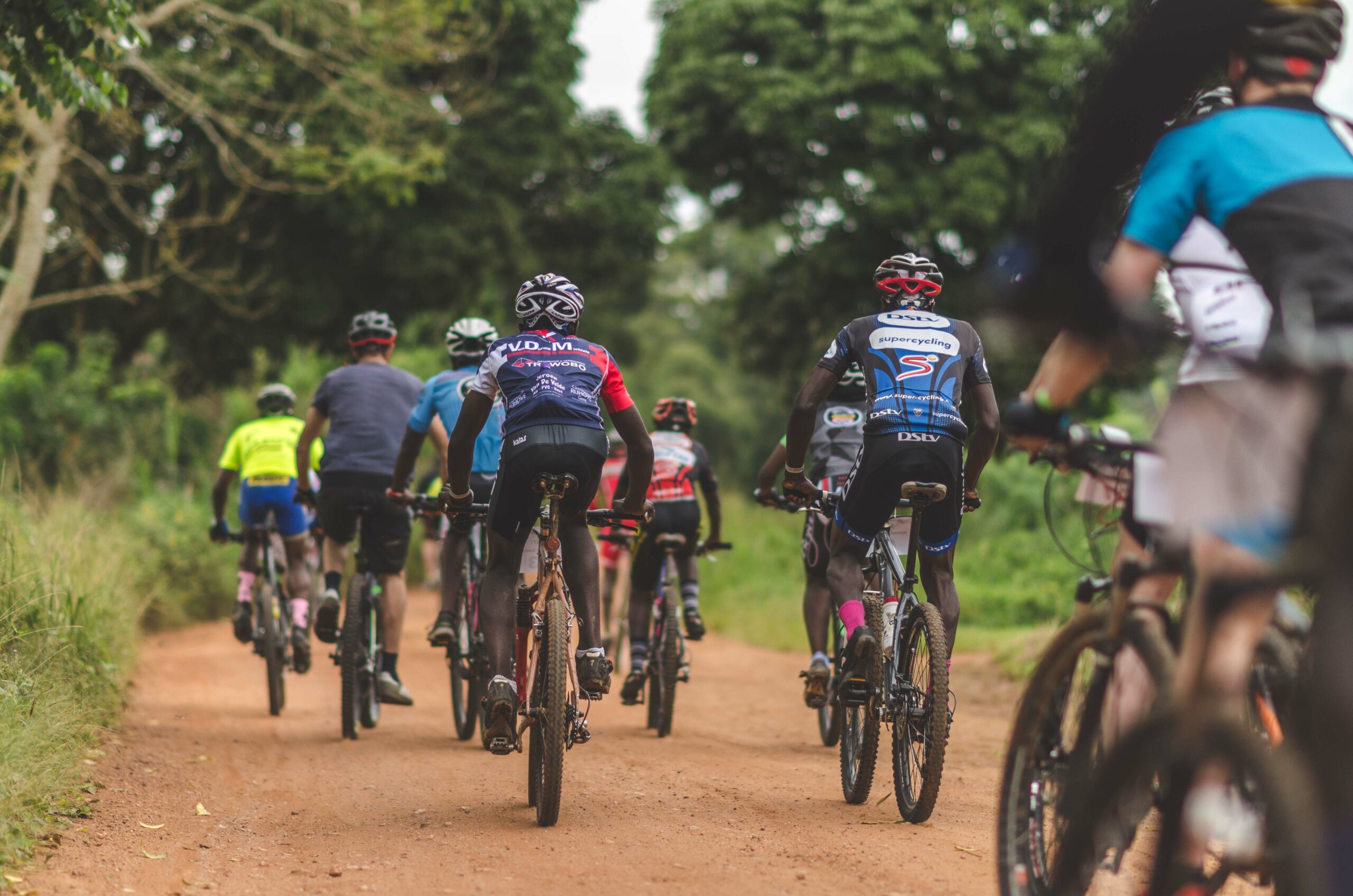 19 May The Corona effect: How the pandemic changed cycling in Uganda

We receive a lot of messages from concerned clients, friends & family and suppliers asking how Red Dirt Uganda is coping with the current COVID-19 issues. As you might know, Ugandan borders have been closed ever since March 18th and other measurements like transport ban, store closure and night curfew followed quickly. People are expected to work and sport from home. Especially that last activity was encouraged by the President in his specially created home workout video. That things are different now is an understatement. Fortunately only a total of 160 confirmed cases of Corona infections have been identified and no deaths have been reported.

The way how Corona is ravaging on a global scale is horrible. We can only hope that we all can stay safe and healthy. Like in the rest of the world it all has also had a massive impact on tourism and indirectly on the people living in Uganda, since the sector is a driving force in propelling economic growth and it is the leading foreign exchange earner for the country. Tourists are gone, hotels empty, safari vehicles are parked in empty tour operator’s compounds, boats have disappeared form the Nile and footpaths in safari parks and gorilla trekking areas have overgrown. Co-founder of GetYourGuide, Johannes Reck speaks of the biggest nuclear winter in tourism ever.

I could swell about how Red Dirt was affected, how we had to let go our awesome staff, how we have to move our office and private home to save costs and how we had to cancel contracts with service providers that we have been collaborating with for years. But to keep the company going I have to focus on the positive side of things and will look at the future with good hope, creative plans and an untamed eagerness to participate in new developments.

Tourist are gone, hotels empty, safari vehicles are parked in empty tour operator's compounds, boats have disappeared from the Source of the Nile and footpaths in safari parks and gorilla trekking areas are starting to overgrow.

And frankly speaking, there are also quite a few positive changes that have taken place. The normally overcrowded and jammed streets of Kampala have never been so empty, the air never so clean. Cycling has become a very popular means of transport, even the president addressed the option to set up a bicycle factory in Uganda. On a personally level this resulted in a moment of sheer happiness when my family was ‘forced’ to jump on bicycles when doing house viewings for our new office. To many that might not sound very special, but please realize that my wife doesn’t like cycling. The last time we hit the trails together was during a 30-kilometre ride more than 10 years ago. So the few short rides we did with the three of us in Corona time, carrying our 18 months daughter on my back, her shouting of laughter, me grinning from ear to ear, I will treasure forever.

Going back to the situation in Uganda, all these measurements resulted in us being more frequently visited by Ugandan cyclists who need help servicing their bikes or want to upgrade on parts & accessories to make their ride more comfortable. This all points towards a development of a growing cycling culture in Uganda, which is awesome! Corona gave me the opportunity to ride with Ugandan businessman, Amos Wakesa, and pick his brain. Amos is founder of Great Lakes Safaris, a very successful tour operating company. He is the pioneer and figurehead of Uganda Tourism. According to him, first local tourism, then regional and finally international tourism will pick up again. He expects that things will take long before going back to normal, if ever.

Corona also made me think about the business, new ideas and cycling in Africa in general and in Uganda in specific. It made me realize that I love what I do and that great things can be achieved. The local cycling market in Uganda is small but growing at such an incredible speed. At the same time more and more international riders discover the awesome single tracks in East Africa. When I first set foot on the red soil of this lovely country there was only a handful of people mountain biking. They gathered every Sunday to ride trails on the outskirts of Kampala. It was then when it happened to me, the feeling that made me start Red Dirt Uganda. It’s what happens to the growing number of international clients who come to East Africa for a cycling adventure. And it’s the same thing as what happened to hundreds of Ugandans who were made to use their bike to get from point A to B during the current lock-down. The ultimate feeling of sheer freedom when cycling. I call it The Corona Effect. Let’s keep the momentum going.

So if people are asking me how Red Dirt is doing: “We are actually not doing so bad at all. We are currently in a very interesting time of transition that, we believe, will lead to beautiful things. We will keep doing what we love to do: creating unique and awesome cycling adventures. You can expect some new kick-ass tours and rides coming up soon, so stay tuned”